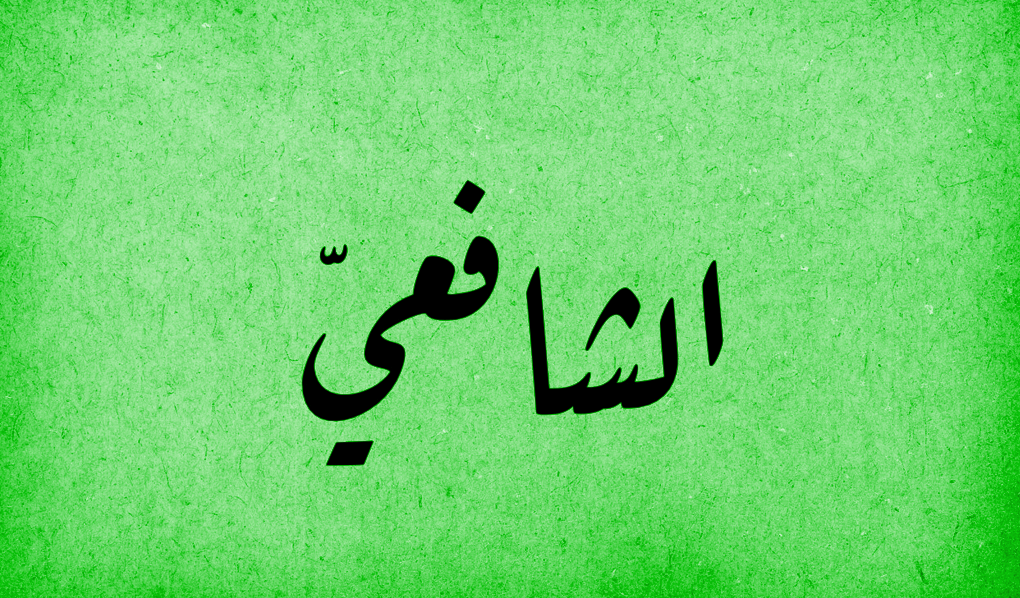 Whoever takes a path to obtain knowledge, Allah makes the path to Paradise easy for him.

The above Hadith [1] is a testament of the value of knowledge in Islam. Knowledge, the heritage of the Prophets, has almost always been a chain reaction, with both the source and the destination benefiting from it. Such is the case of the great personality, Abu Abdullah Muhammad ibn Idris al-Shafi’i, notably remembered as Imam al-Shafi’i, the third of the four great Imams.

As a scholar, Imam al-Shafi’i (RA) was responsible for bringing the teachings of the previous two Imams together, and also building upon those teachings, which eventually led to the formation of his own school of thought.

The Life of Imam al-Shafi’i (RA) 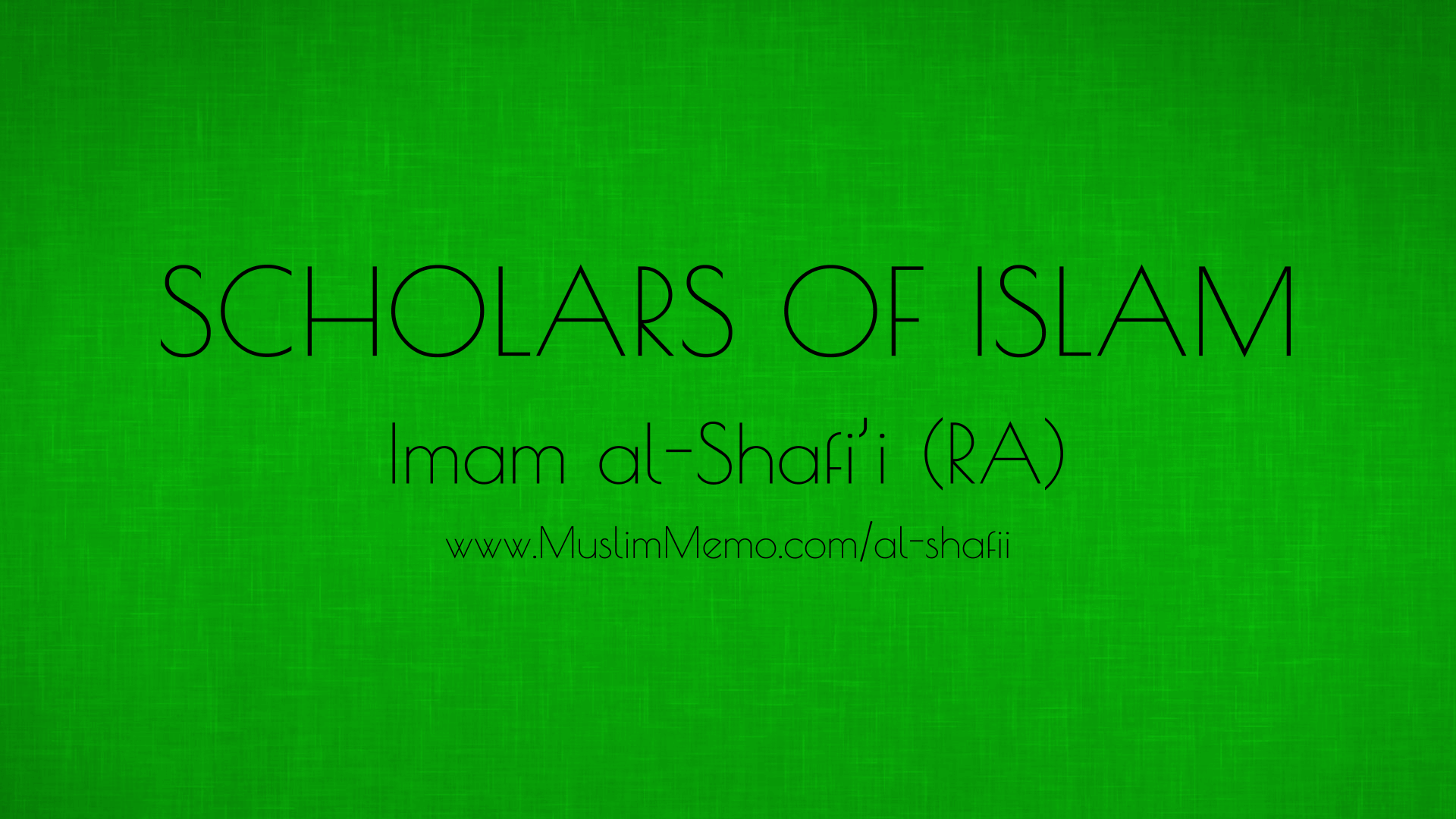 Born in Gaza, in 150 AH (767 CE), Imam al-Shafi’i (RA) had a difficult childhood when his father died and he was left with his mother in a condition of extreme poverty. Yet, the dedication and planning of his mother did not allow the lack of financial means to be a hurdle to his education. In fact, she sent him to Mecca at a very young age to live with his paternal kin and also to learn from the better and more learned atmosphere of Mecca. Imam al-Shafi’i (RA)’s intellect, piety and thirst for learning made it easier for him to excel in his lessons.

At a very young age, he had memorized the Quran. Owing to his financial condition, he couldn’t even purchase any writing material; thus, in his quest for knowledge, Imam al-Shafi’i (RA) employed an inexpensive way of learning by sitting in the company of Bedouins to polish his Arabic. This allowed him to learn the literary perspective of the language from native speakers without having to spend a lot of money on language lessons.

When the Moon Meets the Sun

Imam al-Shafi’i (RA) had great regard for Imam Malik (RA) and his ambition was to become his student. He had memorized his book, al-Muwatta and went from Mecca to Medina for the sole purpose of seeking the great mentor. He had with him a recommendation from the Governor of Mecca, and he was escorted to the door of Imam Malik (RA) by the Governor of Medina. himself. Initially, Imam Malik was upset with this, as he was opposed to the notion of using references from people in higher positions, but once he listened to the expectant young man, he realized Imam al-Shafi’i (RA)’s natural endowment and accepted him as a disciple. Imam Malik (RA) then offered his first piece of advice to his new disciple, which was an opening to the nine-year bond between the two towering personalities. He said:

Be always Allah-fearing, and avoid sin, for you will acquire distinction. Allah has given you light in your heart; so do not let it be put out by indulging in sin.

After the demise of his mentor, Imam al-Shafi’i (RA) returned to Mecca to find some means of sustenance. It so happened that the Governor of Yemen was visiting Mecca and upon learning about the firm scholarly command of Imam al-Shafi’i (RA), he requested him to accompany him to Yemen.

Imam al-Shafi’i (RA) became the Chief Justice of Najran, and served at that position for five years. Financial stability had arrived, but things did not remain stable for a long time, as the Imam soon fell out of favor with the Governor owing to propaganda and rumors. He was then taken as a captive to Caliph al-Rashid; but those who are saved by Providence are never blemished and an acquaintance from the past acted as a source of relief coupled with his own extremely eloquent yet equally honest narration of the situation — al-Shaibani (RA), the disciple of Imam Abu Hanifa (RA), was an advisor to the Caliph and he had previously been in the company of Imam al-Shafi’i (RA) at the classes of Imam Malik (RA). The Caliph dismissed the matter without any penalty.

This adversity won Imam al-Shafi’i (RA) another learned companion in the form of al-Shaibani (RA).

Among the many qualities of Imam al-Shafi’i, the one that stood out the most was his pursuit of truth. Having been instructed by the different school of thoughts, he wisely opted to seek the truth through deep analysis. He did not just see the differences between the Maliki and Hanafi schools of thought, but also studied the similarities between the two, and even differed in opinion on certain matters with both the schools. Eventually, this gave rise to a new school of thought, following after Imam al-Shafi’i (RA).

His manner of deduction was the basis of al-Usul al-Fiqh, the guiding principle used to deduce a right decision and avoid a wrong interpretation. He was responsible for spreading this method of learning throughout the Muslim world which included not just Mecca and Medina but also Baghdad and Egypt.

Imam al-Shafi’i (RA) was also an eloquent orator. His language and speech were beautiful and one of his students once said:

Every scholar gives more in his books than when you meet him personally, except for al-Shafi’i (RA) whose verbal discussion gives you more than his books.

Imam al-Shafi’i (RA)’s knowledge and rational methodology attracted students from all around the world and Imam Ahmad bin Hanbal (RA), the fourth great Imam, was also one of them.

Iqra Aslam is a teacher of English and a student of Deen currently based in Pakistan. 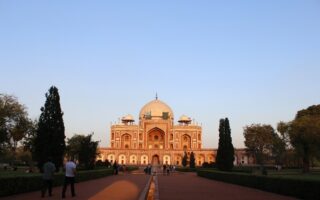 Understanding the Art and Architecture of Bengal Sultanate

Tipu Sultan: The Voice of Anti-Colonialism 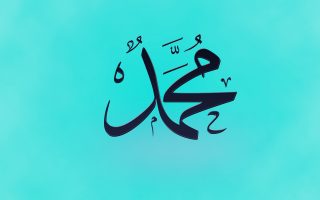