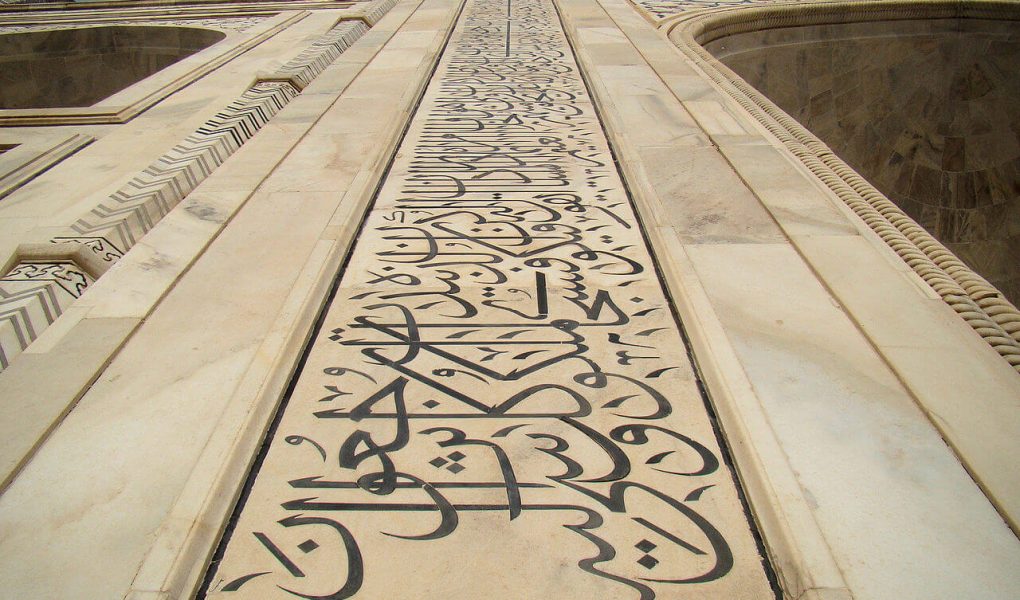 Surah an-Nasr is the 110th Surah in Quran and is one of the shortest Surahs consisting of just three verses. The Surah takes its name from the word “nasr” that occurs in its first verse. Surah an-Nasr is the last Surah to be revealed; no other complete Surah was revealed after this one. [1]

Hz Ibn Abbas (RA) said to me: Are you aware of the last Surah which was revealed in the Quran as a whole? I said: Yes, “When came the Help from Allah and the Victory.” Thereupon, he said: You have told the truth.

This article provides full translation and tafsir of Surah an-Nasr, along with Arabic text.

First up, the full Arabic text of Surah an-Nasr:

And now, on to the Tafsir of Surah an-Nasr.

1. When comes the Help of Allah, and Victory,

The victory in this verse refers to the conquest of Mecca. There can be no victory without Allah’s Help. [2]

Victory comes only by the Help of Allah. Verily! Allah is Mighty, Wise.

If Allah is your Helper none can overcome you, and if He withdraws His Help from you, who is there who can help you after Him? In Allah let believers put their trust.

Prior to the conquest of Mecca, Allah gave Muslims the good news of this great victory in Surah al-Fatah, at the occasion of the Treaty of Hudaybiyyah (an agreement that took place between Prophet Muhammad (PBUH) and the Quraysh of Mecca although most of the clauses of the treaty were against Muslims). [4]

Verily We have granted you a manifest Victory.

Allah guaranteed this victory to Muslims after a long period of trials and patience.

This verse also indicates that Allah has completed the mission of His Messenger by making him successful in conveying the message. [5]

Umar (RA) asked the people regarding Allah’s Statement: “When comes the Help of Allah (to you O Muhammad against your enemies) and the conquest of Mecca?” They replied, “It indicates the future conquest of towns and palaces (by Muslims).” Umar said, “What do you say about it, O Ibn Abbas?” I replied, “(This Surah) indicates the termination of the life of Muhammad. Through it he was informed of the nearness of his death.”

2. And you see the people enter Allah’s Religion in crowds,

Truly, the conquest of Mecca opened a new chapter in the history of Islam. Earlier, many of the Arab tribes resisted joining with the Prophet Muhammad (PBUH). They wanted to see who would emerge victorious between him and the Quraysh. They reasoned that if the Quraysh were victorious, then Prophet Muhammad (PBUH) was not really a prophet! But if he was victorious, they reasoned, then he must really be a Messenger of Allah. [6]

And the Arabs (other than Quraysh) delayed their acceptance of Islam till the Conquest (of Mecca). They used to say. “Leave him (i.e. Muhammad) and his people Quraysh: if he overpowers them, then he is a true Prophet.” So, when Mecca was conquered, then every tribe rushed to embrace Islam.

With the Prophet’s (PBUH) victory over Mecca, the Arab tribes flocked to Islam in crowds.

Soon, the entire Arabian Peninsula had accepted Islam. His victory was proof that he was truly a Messenger of Allah.

3. Celebrate the praises of your Lord, and pray for His Forgiveness: For He is Oft-Returning (in Grace and Mercy).

Allah is the One who gives victories, so thanks should be given to Him. This is why in this verse Allah tells us to celebrate His praises, and offer thanks to Him. Here is an alternate translation of the same verse, in the form of an image: 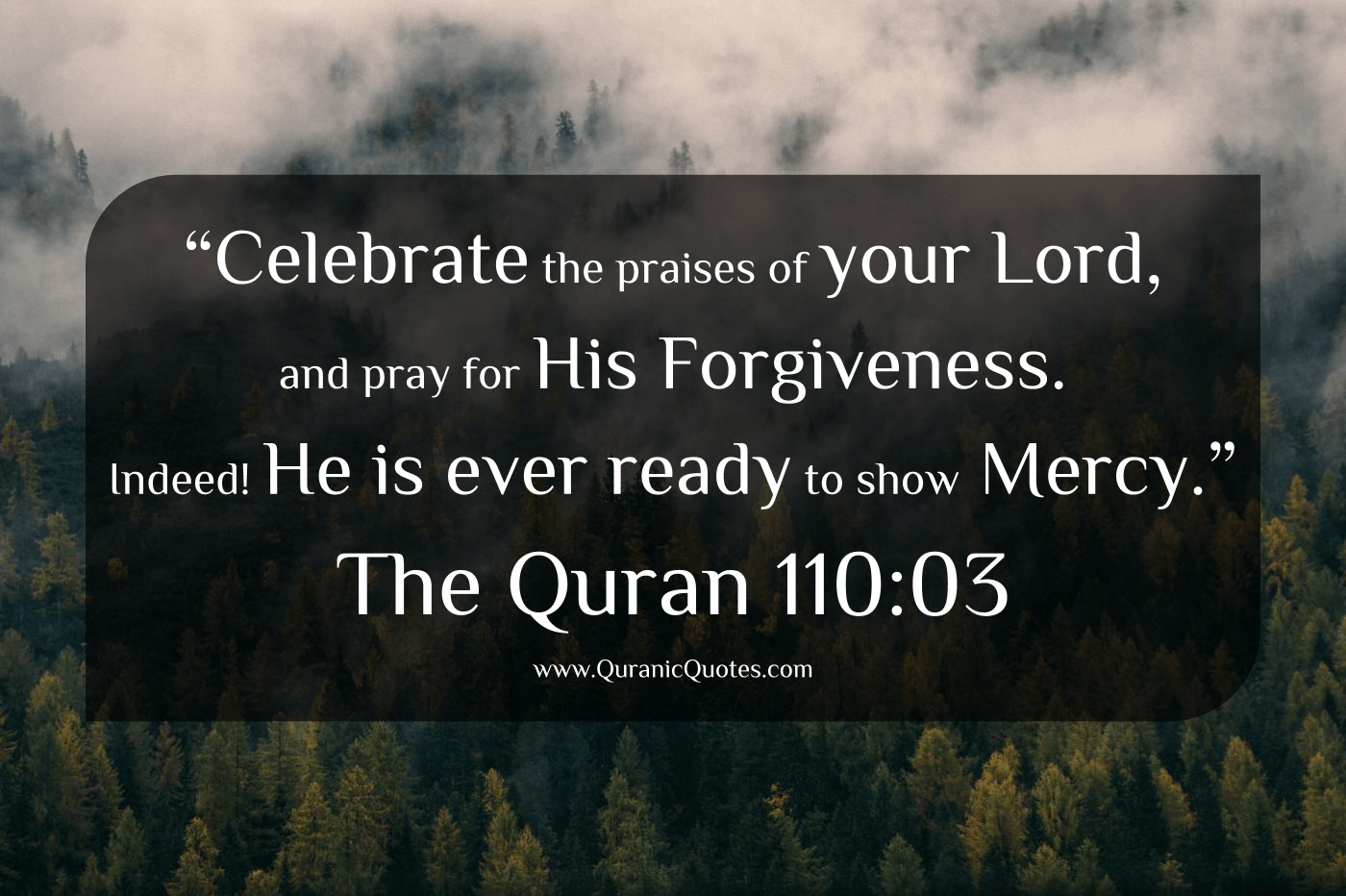 You can visit Quranic Quotes for more such images.

To quote the first verse of Surah al-Fatiha: [7]

All the praises and thanks be to Allah, the Lord of the Worlds.

And the best way to declare Allah’s Perfection and celebrate His Praises is to offer prayers (Salah) and prostrate to Him as mentioned in Surah al-Hijr: [8]

But celebrate the praise of your Lord, and be of those who make prostration (to Him).

Furthermore, since no human being is perfect, one needs to ask for Allah’s Forgiveness for one’s mistakes. For instance, the prayer of Prophet Yunus (PBUH), as mentioned in Surah al-Anbiya: [9]

There is no deity except You; exalted are You. Indeed, I have been of the wrongdoers.

Plus, in this verse, Allah also reminds us that He is the Most Merciful and Oft-Forgiving, as He did in Surah Nuh: [10]

Ask forgiveness from your Lord; for He is Oft-Forgiving.

Lastly, it definitely needs to be said that may Allah bless our beloved Prophet Muhammad (PBUH), who always kept on praising Allah and seeking His Forgiveness, both for himself and the Ummah.

The Messenger of Allah (PBUH) would often recite, before his death: “Glorified be You, and with Your Praise, I seek forgiveness from You and return to You.”

I said: “Messenger of Allah, what are these words that I find you reciting?”

He said: There has been made a sign for me in my Ummah; when I saw that, I uttered them (these words of glorification for Allah), and the sign is — “When comes the Help of Allah, and Victory, And you see the people enter Allah’s Religion in crowds, Celebrate the praises of your Lord, and pray for His Forgiveness: For He is Oft-Returning (in Grace and Mercy).”

Featured Image: Monumental calligraphy on the walls of the Taj Mahal, by Abd al-Haq (1609 CE). 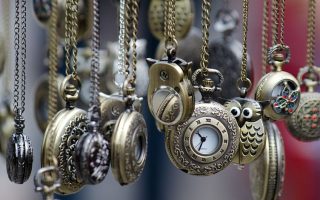 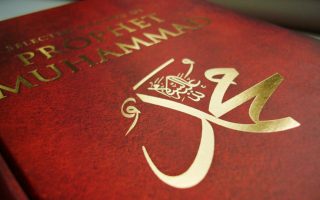 Why I Admire Muhammad: Answering Islamophobes 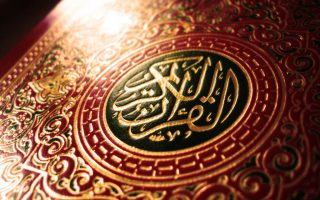 An Introduction To The Quran